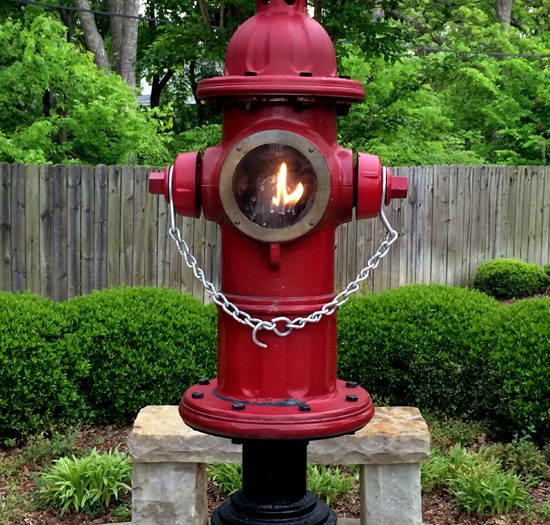 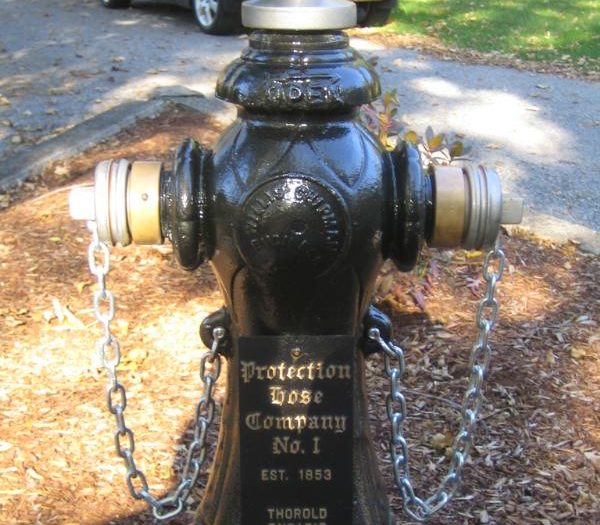 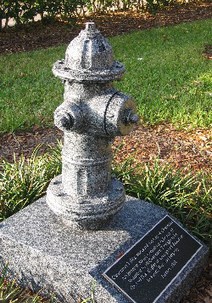 A retired St. Augustine fire hydrant brought back to life.

Your opportunity to own a historic hydrant landmark and display it proudly on your lawn in support of the “Nation’s Oldest City’s” fire department.

Final product design chosen by the City of St. Augustine brings new use to historic relics.

Whether your hydrant is plated, plaqued, or platformed, you’ll be sure to enjoy your own limited-edition landmark.

The St. Augustine Fire Department wishes to preserve one of their last remaining historic firetrucks. For citizens and tourists who support this effort, St. Augustine wishes to show their appreciation by giving each patron a historic icon in return: a retired hydrant-turned-landmark.

St. Augustine’s Fire Department was created shortly after 1845, when a fire broke out in a carriage house at the corner of Marine Street and Bravo Lane. Citizens rallied together to battle the blaze, but ultimately could not contain it.

The fire eventually spread south to Major Hernandez’ billiard room before finally dying out, thanks to the help of local soldiers acting as volunteer firefighters. Fortunately, no one was harmed, but there was no doubt that there needed to be municipal fire protection.

The St. Augustine Fire Company first formed with able-bodied citizens to man the hoses and the bucket brigade. By 1847, the new fire engine, costing $450, arrived and was put into service.

More than a century-and-a-half of fires and civil service later, the St. Augustine Fire Department is still going strong. Celebrate and support that legacy today by purchasing your very own historic hydrant from the Nation’s Oldest City.

Fire departments have a very special place in people’s hearts. Everyone recognizes and appreciates the dangers that firefighters endure for the safety of their community. Hydrants for St. Augustine are sure to garner support from residents and visitors alike.

Not only is the institution of firefighting already revered, the fire hydrant itself is a very unique historic resource.

As firefighting technology continues to modernize, many municipalities just have their retired hydrants kept in storage waiting for an opportunity like this to breathe life into historic memorabilia.

Municipalities, in partnerships with Be The Landmark, can turn their “scrap metal” into interesting and honorable landmarks for anyone to own, while fundraising for an important cause like the preservation of St Augustine’s oldest fire truck.

Own your very own customized historic hydrant as a mini-landmark  – $795.00 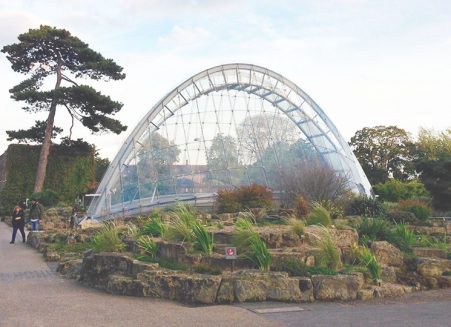 The Life Garden - Show your love and let it grow 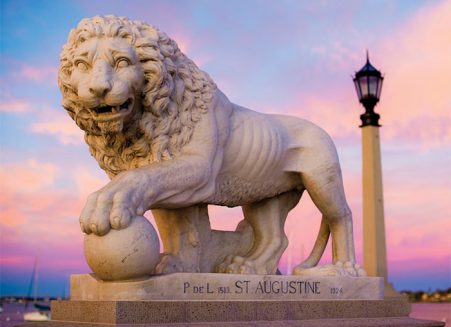 Illuminate The Bridge of Lions